The civic association Aliancia Stará Tržnica (Alliance Old Market Hall) emerged as a group of eleven professionals from various fields, who shared a discontent with the condition of this historical building in the center of Bratislava. In 2012, the Old Market Hall had been closed to the public for five years already, with the exception of occasional events. Together, they decided to make use of their professional knowledge and skills to create a project of revitalization of the Old Market Hall. The aim was to turn it into a living urban center with food markets and cultural events for the citizens and visitors of the city.

The ALIANCIA STARÁ TRŽNICA (Alliance Old Market Hall) was founded it 2012 as an association of eleven professionals from various fields of occupation. At this time, the Old Market Hall was managed by the BKIS (Bratislava Cultural and Information Centre). This function was delegated to the BKIS by the owner of the building – the City of Bratislava. However, there was no clear plan for future development of the building and financial support was absent as well. These were the reasons, why the AST members decided to put their professional skills and knowledge good use and to create a project of the Old Market Hall revitalization. The aim was to turn it into an urban center offering food markets and cultural events for the citizens and tourists, while being financially independent from the city budget. 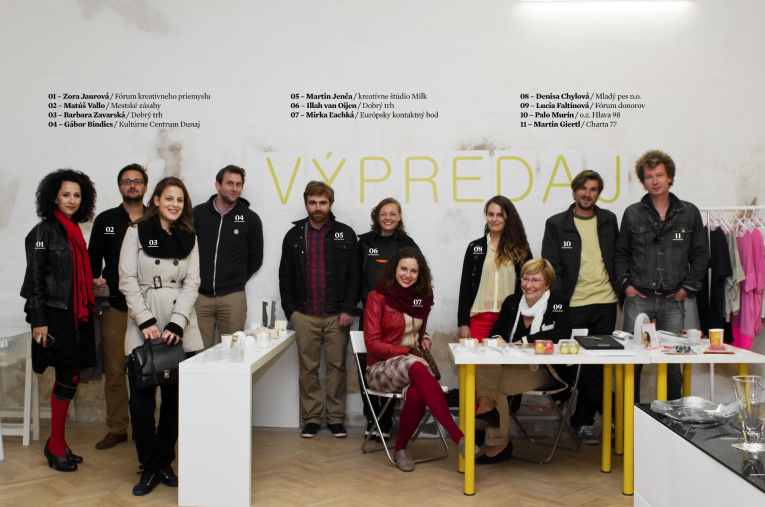 After months of preparations and active communication with experts, city magistrate representatives, city council deputies, media and public, on 7. February 2013 the city council approved the realization of the Urban Centre Old Market Hall project. Consequently, in June 2013 the rental contract between AST and the City of Bratislava was signed and the Alliance Old Market Hall began to manage the building.

A new era of the Old Market Hall became visible already in September of the same year when the first TRH-PIAC-MARKT took place on September 21, 2013. In the beginning, markets only took place once a month. It was necessary to first gain the favor of both the sellers and visitors and to test the limitations of the building. Apart from markets, various other events began to take place here – concerts, conferences, public discussions, community activities. The Old Market Hall became alive again.

Apart from filling the building with a program, the Alliance also actively worked on its improvements. Various renovations happened, including the electrical systems replacements, revision of the boiler room and lifts, flooring replacement, double window panel installation on the side of the Nedbalova ulica, installation of various acoustic and isolation interior elements (curtains, special paint), new anti-flammable paint, new EPS (Electronic Anti-fire System) and many other improvements.

Apart from the building itself, there had been renovation works happening also in the spaces on its perimeter, where various bussinesses began to operate. The Lab café offers space for coworking and digital fabrication workshop; the Langos Bar which offers traditional sourdough street food dish langoš, the Shenk brewery in the basement delivers its beers to the Výčap u Ernőho, that is situated on the floor level on the corner of Námestie SNP and Klobučnícka street; Asian style bistro Foodstrock situated on the Klobučnícka street and last but not least Viecha malých vinárov, which offers wide range of good quality wine.

The common project the up! city with Volkswagen Slovakia, ZSE, Švihaj Šuhaj and the City of Bratislava came to life in 2017. It was an electric car, bike and cargo-bike rental service. Thanks to up! city, the square in front of the Old Market Hall had been renovated as well. There are new seating and regular care-taking. Unfortunatelly, the up! city project ended its operation in May 2020 due to serious operational issues caused by the COVID-19 pandemic.

The Živé námestie (A Living Plaza) initiative arose as a next, natural step for the Alliance Old Market Hall. The market hall building is in urbanism sense connected to its immediate surroundings and the management of the building carries a natural interest in the state this environment is in. In 2016, we gained a grant from the Creative Europe donation program to create a project of the Kamenné námestie and Námestie SNP revitalization. In 2018, we presented outputs from to project to the public. At the end of 2018, Bratislava - the Capital City of Slovakia took over the project, and in 2019 the City announced an international architectural competition for the territory.

I have been informed of the manner and extent of the processing of my personal data using cookies by Google LLC and hereby agree.
Cookie Policy